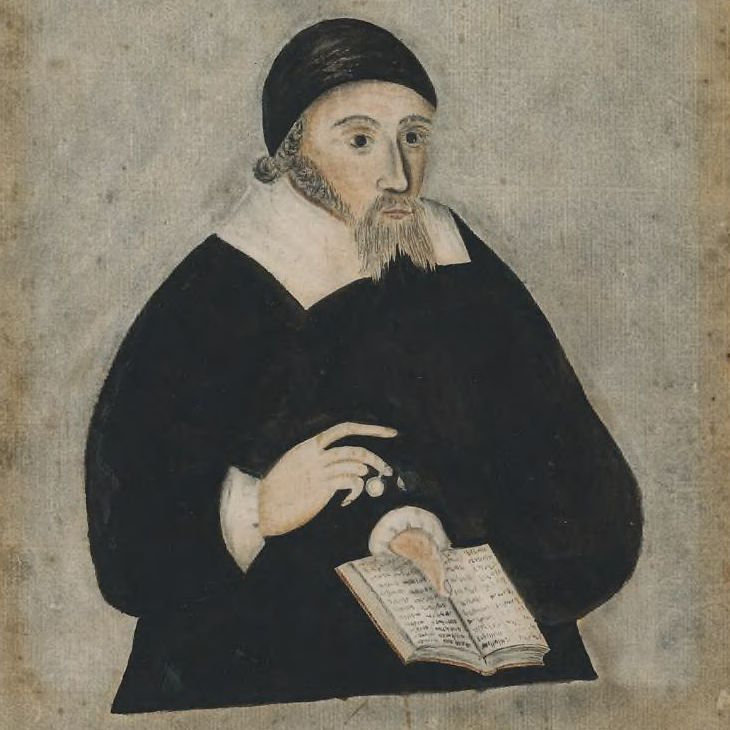 Brock Winthrop’s debut EP Pity Upon a Hill is something that would probably piss me off if you wrote down all the separate components on paper.  Brock’s got a nasally whine of a voice, giving me Miniature Tigers flashbacks, his lyrics are comically wordy, and it features Moog synths, the bane of all sound.  So why the hell does this work for me?

Well, for one, the songs are well written.  He’s able to craft interesting, multi-layered melodies that hook the listener.  He understands pop music.  But what really makes this release cool is that Brock seems to understand how ridiculous this whole thing is.

This is “Christian” pop, or more specifically “Protestant” pop, or even more specifically “Puritan” pop.  He uses this concept with his high-brow vocabulary to make incredibly silly religious jokes.  The shifted choruses in “Beverly” are probably the most obvious examples:

This could become annoying, if it weren’t played so straight, which makes it far funnier than it would be otherwise.  I’d almost think he was serious, if he didn’t post things like “Happy Memorial Day to Jared Romeyn Seymour (1833-1864) who joined the army because he thought he was Jesus Christ and then died of diarrhea in a field hospital. May his legacy live on through me.” on his Facebook.  Also, he didn’t capitalize “God” on his Bandcamp lyrics, which I think is punishable by death under Protestant law.  Basically, Brock’s a fucking wise ass, and so am I, so I dig this.

This is basically a novelty release that has really well written songs that push it beyond that.  I have no idea how far Brock’s going to be able to stretch these lyrical concepts into something with longevity (he uses “ergot rye” in two songs on a three song EP, which made me laugh here, but would bug the shit out of me if it were 8 out of 12 on an LP), but I’m interested in finding out.  For what this is, this is great and worth a listen.

Pity Upon a Hill: